Home b/v ones to watch Sector spotlight: Global surgical robot market to grow to $24bn by 2025 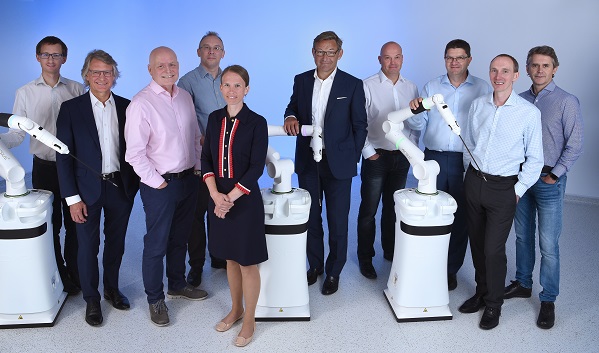 News of Europe’s largest private financing in the medical technology sector to date puts the surgical robot industry in the spotlight as a growing number of firms in the sector look to raise more capital to continue research and development, manufacturing and expansion in domestic and international markets.

CMR has raised approximately $384.8m to date. According to a Financial Times report, the company’s valuation is near the $1bn mark.

Umur Hursever, Partner, LGT Lightstone, said as an existing investor, the firm was confident that CMR will “disrupt the status quo and transform surgery for millions of people worldwide”.

CMR Surgical also had a record-breaking Series B funding round in June 2018, which raised $100 million, at the time the largest ever series B raise by a medical device company in Europe.

The company claims that the system’s versatility and affordability mean it can be used across a broad range of minimal access surgery (MAS).

Up to a fifth of surgeons in the UK (19%), US (20%) and Germany (15%) predict they are likely to retire early because of the physical strain of conducting minimal access/keyhole surgical procedures, according to a survey of over 450 surgeons across Europe and the US.

“Of late, precision robots have been able to make minimally invasive surgeries a reality and are being increasingly used in the fields of urology, gynecology, oncology, gastroenterology, thyroid, bariatric, colon, and rectal surgeries,” according to a Robotics and Automation News report.

“Not only does robotic surgery vastly assist doctors in increasing dexterity and reducing fatigue, advancement in robotic technology recently made it possible for the surgeon to conduct the world’s first telerobotic surgery from 32 kilometres away,” said the news report.

Listed as the sixth fastest-growing business in the UK in 2018, according to Syndicate Room, Britain’s Fastest-Growing Businesses 2018, it employs 400 people across four continents and completed 30 first-in-human surgical procedures as part of an ongoing clinical trial in India earlier this year.

CMR Surgical is expected to launch in hospitals across Europe and Asia imminently with further international expansion expected thereafter.

Are Spanish renewables losing out on asset valuations?

Money on my Mind: Why it’s wise to get the latest on IHT before...